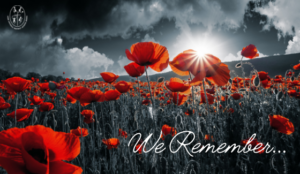 On November 11th the York Catholic District School Board will pay tribute to fallen Canadian veterans and all those who serve our country as a member of the Canadian Forces, past and present. Schools across the region will mark Remembrance Day with tributes and special events and activities including virtual assemblies and guest speakers, writing letters to those serving in the Canadian Forces, PTSD awareness activities, and more. Staff who work at the Board’s Catholic Education Centre in Aurora are planning an outdoor Remembrance Day service for Thursday to allow for physical distancing. If the weather does not cooperate, the event will be held virtually.

This year marks the 100th Anniversary of the Poppy as the official flower of Remembrance in Canada. According to the Royal Canadian Legion, inspired by John McCrae’s In Flanders Fields, a woman by the name of Madame Anna Guérin, also known as the Poppy Lady from France first had the idea to adopt the distribution of the Poppy on Armistice Day as a way to raise money for Veterans’ needs and to remember those who had given their lives during the First World War. In 1921 the precursor to the Legion, the Great War Veterans Association adopted the Poppy as the flower of Remembrance.

Watch the Royal Canadian Legion’s video about the 100th anniversary of the poppy.

The Board would like to congratulate two of its students who recently were announced as winners of the City of Markham’s annual Remembrance Day Poetry Contest:

Luke and Angelina will read their poems during the City of Markham’s virtual Remembrance Day celebration.

Families at home can also access a livestream of Ontario’s Ceremony of Remembrance on November 11th at 10:45 a.m. on the Premier’s official YouTube channel.

On November 8th during Veteran’s Week, which takes place every year ahead of Remembrance Day, the Board recognized Indigenous Veterans Day. 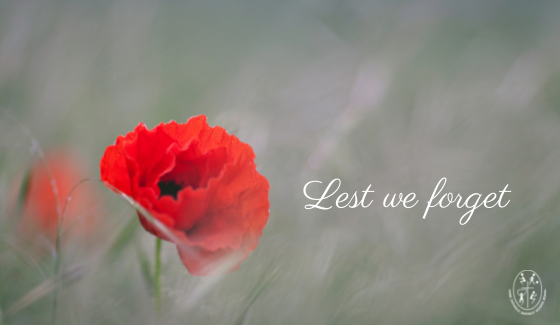